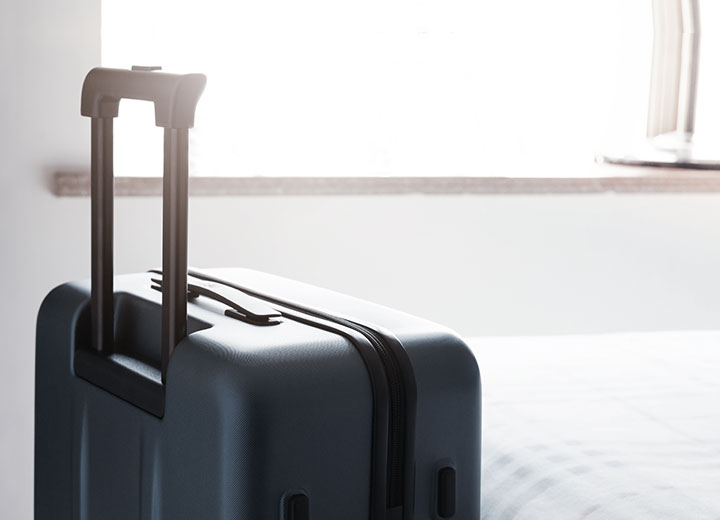 A growing number of Brazilians have opted to live abroad in recent years. The reasons for this choice are manifold: while in previous decades they were linked to employability and formation of equity, today they are more related to quality of life, economic stability, and security.

Itamaraty estimates that there are currently 3 million Brazilians living outside Brazil, either for work or studying. The number already seems significant even considering only citizens in good standing in their new jurisdictions. And the trend is growing, as 62% of Brazil's young population indicates that they want to live abroad at some point in their lives, according to research by Datafolha.

The information provided by the Federal Revenue Service of Brazil (RFB) confirms this phenomenon. Brazil's declarations of definitive departure more than doubled between 2011 and 2018: they went from less than 10,000 to 22,400, an increase of 165 percent, according to the RFB.

Currently, the most sought after countries by Brazilians are the United States, Portugal, Canada, and Japan. That is, cultural issues are decisive in choosing the new country of residence.

In order to avoid potential discussions with the Brazilian tax authorities in the event of changing countries, some procedures need to be observed.

The first point to keep in mind is that citizenship differs from tax residence, which in turn is different from physical residence.

Thus, the risk of double taxation should not be disregarded in the event of changing countries. To avoid this, it is essential to present a declaration of definitive departure to the RFB. This document closes tax residence in Brazil, but does not have an impact on the citizenship of the individual. In Brazil, formalization of departure occurs in two stages. The first is the presentation of notice of definitive departure, which must be sent by February of the year following departure from Brazil. By April of the following year, the declaration of departure must be formalized with the RFB.

If the declaration of departure is not filed, the individual continues to be a tax resident of Brazil for the first 12 consecutive months from the date of departure from Brazil. Failure to present these documents also generates collection of a fine. If there is a tax due, a fine of 1% per month or fraction over the arrears is calculated over the amount of the tax due, subject to the minimum amount of R$ 165.74 and the maximum of 20% of the tax due. If there is no tax due, the minimum fine of R$ 165.74 applies.

One must also take into account the existence or lack thereof of a Treaty to Prevent Double Taxation between Brazil and the new country of residence. The rules of tax residence and the tiebreaking criteria[1] in the event of any double residence (the treaty does not allow a person to reside in both States) are governed by these treaties and, if such a protocol exists between the two countries, this rule prevails over local law. Considering the countries most sought after by Brazilians, Brazil has a treaty with Canada, Japan, and Portugal.

In addition to the formalization of departure from Brazil with the RFB, income-paying sources and financial institutions responsible for current accounts and investments should also be notified.

This is because, for assets that will remain in Brazil, the form of taxation of income and gains may be changed due to the change from tax residence status to non-resident. Generally speaking, non-resident taxation is equated to that of a resident individual.[2] However, specific rules, which are sometimes even more beneficial, may apply. This is the case, for example, with investors who, upon becoming non-residents, now hold investments in the Brazilian financial and capital markets through CMN Resolution No. 4,373/14. The so-called “4,373 Investors” are entitled to a zero rate for income tax (IR) tax on capital gains earned on stock exchange transactions and reduced IR rates for other transactions. These tax benefits are only available to non-residents who are not domiciled in jurisdictions considered by Brazil as having favored taxation.[3]

Individuals leaving Brazil should also consider that there is a possibility that the tax authorities may require IR tax at the time of migration of the nature of the investments from resident to non-resident. This position was stated by the RFB in Interpretive Declaratory Act No. 1/16, according to which, in the case of an individual resident in Brazil who acquires the status of non-resident, for the purposes of applying the special tax regime, the taxpayer shall require from the individual (i) proof that he/she has submitted the notice of definitive departure to the RFB and (ii) the withholding and payment of income tax on income earned up to the day prior to the acquisition of non-resident status.

Although, in our view, it is possible to debate the legality and even the constitutionality of this declaratory act, the risk arising from this interpretation by the RFB cannot be ruled out.

Need for prior review of destination country’s legislation

In addition to the Brazilian issues in changing countries, it is always important to consult an expert advisor in the destination jurisdiction.

In this sense, the starting point before the change should be mapping of the individual's assets in order to assess the changes necessary in the investment structure and asset management. After this mapping, this study is discussed with a legal advisor in the destination jurisdiction.

Some jurisdictions require prior reorganizations in order for individuals to enjoy a more beneficial tax regime. This is the case of Portugal and its non-habitual resident tax (RNH) regime. Income from tax havens is taxed in Portugal at the rate of 35% and is not subject to the exemption rule provided for by the RNH regime.

In the event of prior restructuring, depending on the alternative chosen, income or gains taxation in Brazil may be triggered, even if there is no immediate economic availability of cash.

The pursuit of international tax and banking transparency is already a reality. Information exchange agreements are encouraged by nations as a way to combat tax evasion, money laundering, fraud, and tax evasion.

In Brazil, Decree No. 8,842/16 promulgated the text of the Convention on Mutual Administrative Assistance in Tax Matters. Since then, the first automatic exchange of this information has already taken place in an agreement involving 100 countries signed by the Organization for Economic Co-operation and Development (OECD). Brazil received financial information for 2017 from Brazilians living in 85 countries, including Argentina, Andorra, Bahamas, Cayman Islands, Portugal, Japan, and Uruguay. By contrast, it has provided 54 countries with information on foreigners living here. It is necessary to be aware of these changes and the current ease of obtaining information that would previously be covered by bank and tax secrecy rules.

Given the interest in living abroad, it is therefore essential to plan moves carefully, analyzing national and international impacts and complying with the requirements of the respective laws.

[1] The tiebreaking criteria are, in this order: (i) permanent housing, (ii) center of vital interests, (iii) habitual presence, (iv) nationality, and (v) decision by mutual agreement between States.

[3] The list of jurisdictions considered as having favored taxation is found in article 1 of Normative Instruction No. 1,037/2010.