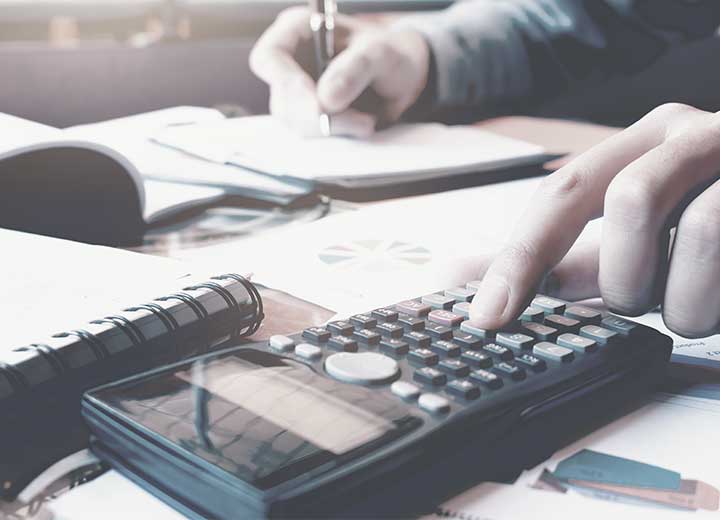 Today, the São Paulo State Revenue Service published two important normative acts related to the ICMS-ST: (i) CAT Notice No. 06/2018, which "clarifies ICMS reimbursement due to tax substitution, in view of the decisions rendered by the Federal Supreme Court in Extraordinary Appeal No. 593,849/MG and Direct Suit of Unconstitutionality ADI No. 2.777/SP” and (ii) CAT Ordinance No. 42/2018, which establishes the procedure to supplement and reimburse the withholding tax for substitution for the scenarios set forth in articles 265, 269, 277, and 426-A of the State’s ICMS Rules.

Specifically regarding CAT Communiqué No. 06/2018 and, for the purposes of contextualization, it is important to highlight that:

On October 19, 2016, Direct Suit of Unconstitutionality ADI 2.777 and Extraordinary Appeal RE 593.849 were decided jointly, and the Federal Supreme Court, via a majority opinion, (i) granted relief to the extraordinary appeal based on the theory that "refund is due of the difference of the Tax on Circulation of Goods and Services (ICMS) paid in excess in the future tax substitution regime if the actual calculation basis of the transaction is less than the presumed basis"; and (ii) dismissed Direct Suit of Unconstitutionality ADI 2.777, thereby affirming the constitutionality of the contested state provision, which was in conformity with the decision reached under the framework of the general repercussion system for appeals.

In view of the theory established by the Federal Supreme Court, as well as the declaration of constitutionality of article 66-B of Law No. 6,374/89, various taxpayers submitted formal consultations to the State of São Paulo Revenue Service to clarify the restriction imposed by paragraph3 of article 66-B of the aforementioned law on the grounds that there was way to allow that paragraph to completely render ineffective the content of the head paragraph of that article.

In order to respond to the inquiries submitted, the Fiscal Tax Consultancy, in view of the jurisdiction of the Attorney General of the State of São Paulo to define interpretation of and compliance with judicial decisions, sent a letter requesting clarifications on the comprehensiveness of the understanding established by Direct Suit of Unconstitutionality ADI 2.777, in relation to paragraph 3 of article 66-B of Law 6,374/89. By means of PAT Opinion No. 03/2018, the State Attorney General's Office issued an understanding on the restriction of requests for compensation only to cases involving a final or single maximum price fixed by a competent authority (ruling out the interpretation that was being adopted by taxpayers).

Based on the position of the São Paulo State Attorney General’s Office, the Revenue Service published the aforementioned CAT communiqué, giving publicity to the understanding set forth in PAT Opinion No. 03/2018 and clarifying the understanding of the State of São Paulo to the effect that "there will only be a right to reimbursement of the tax paid in advance under the tax substitution regime when the final transaction with the merchandise or service is at a value lower than the presumed calculation basis, in situations in which the final single or maximum consumer price has been authorized or set by a competent authority (paragraph 3 of article 66-B of State Law No. 6,374/1989). In cases where the ICMS tax basis due via tax substitution is not fixed pursuant to article 28 of State Law No. 6,374/1989 (final consumer price, single or maximum, authorized or fixed by a competent authority), the amount of any tax withheld, which corresponds to the difference between the value that served as the basis for the withholding and the value of the transaction carried out with the final consumer, will not be subject to reimbursement."

Despite the reasons for the opinion and the CAT communiqué, we believe that the subject calls for debate, especially in view of the theory that has already been settled by the Federal Supreme Court in general repercussion.

Still in relation to the changes implemented by the State of São Paulo, the State Revenue Service, in addition to CAT Communiqué No. 06/2018, issued CAT Ordinance No. 42/2018, providing for ancillary obligations to be observed by São Paulo taxpayers in order to submit a request for reimbursement or supplementation of the ICMS-ST, in the scenarios set forth in articles 265, 269, 207, 277, and 426-A of the State's ICMS Rules.

As stated on the agency's own website, the São Paulo State Revenue Service’s intent was to improve the ICMS-ST's reimbursement calculation system, including the guidelines of the "Non-Conforming" Program, in order to simplify compliance with obligations imposed by the State through modernization of information systems. In this sense, the implementation of the new model standardized by CAT Ordinance No. 42/2018 aims to guarantee greater legal certainty to taxpayers in the process of reimbursement and greater efficiency of the Tax Authorities in assessing the information provided.

Although this is not expressly stated in the ordinance, the São Paulo State Revenue Service has already declared that the agility of the new system allows the taxpayer to receive, within 24 hours, via the Taxpayer’s Electronic Domicile (in Portuguese Domicílio Eletrônico do Contribuinte, abbreviated as DEC), an electronic code confirming reception of the file, in order to immediately use the amount of the credit.

With respect to this content, pursuant to article 20 of CAT Ordinance No. 42/2018, the use of the amount reimbursed may occur in the following ways: (i) book-entry offset by the establishment, as per item I of article 270 of the ICMS Rules; (ii) transfer to a tax substitute, registered in the State of São Paulo, provided that it is a supplier, or for another establishment of the same company, according to item II of the same article 270; (iii) request for reimbursement, with a view to depositing the funds in the São Paulo taxpayer’s bank account, to be performed by a tax substitute responsible for withholding the merchandise tax, as per item III of article 270; (iv) settlement of the tax debts of the establishment, or another of the same holder, or of third parties, subject to the rules of articles 586 to 592 of the ICMS Rules; or (v) as previously established in a special regime held by the taxpayer.

Another novelty already governed by article 13 of the ordinance is the Electronic System for Reimbursement Management (e-Reimbursement), which will come into force in March of 2019 and will allow consultation of the current account for control of reimbursements. It will also be possible to receive in it electronic messages integrated with DEC; check the status of files being processed; request registration of tax to be refunded; use the tax to be offset to offset, transfer, or settle tax debt; replace files and record the tax transfer.

Pursuant to article 1 of the Transitional Provisions, the substituted taxpayer is entitled to apply the methods of calculating the reimbursement provided for in CAT Administrative Ordinance No. 158/2015, replacing the calculation method established by the new ordinance, subject to the following conditions: (i) only in relation to events that occurred between May 1, 2018, and December 31, 2018; (ii) by entering it into the ICMS Registry Book in the period from May to December 2018; and (iii) the taxpayer, for the period in which it exercised the option provided for in the head paragraph, does not transmit to Sefaz the digital file defined in paragraph 2 of article 1 of the new ordinance.

In spite of the claim by the São Paulo State Revenue Service that it is expediting and providing greater security to ICMS-ST reimbursement transactions, we believe that the topic will also involve a lot of debate, especially due to (i) revocation of the decrees CAT No. 17/1999 and 158/2015 (which contained the general rules for ICMS-ST reimbursement); and (ii) linking the application of CAT Ordinance No. 42/2018 only to the scenarios set forth in articles 265, 269, 277, and 426-A of the State’s ICMS Rules.