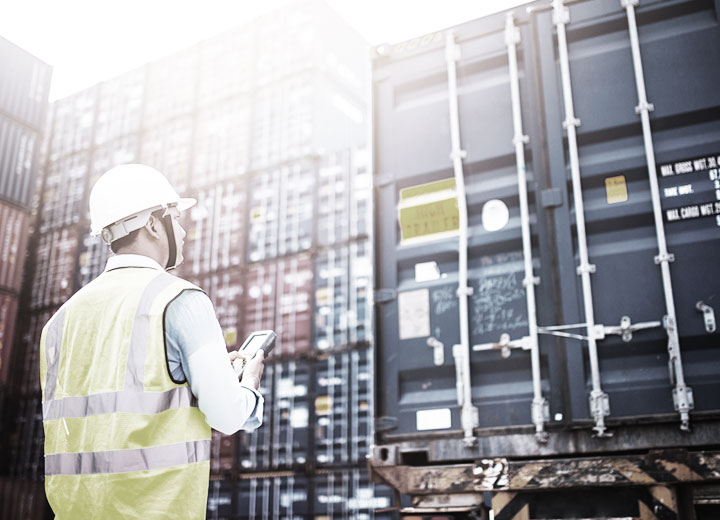 A recent position of the Federal Supreme Court (STF) established a new chapter in the dispute among the states of the federation over the competence to charge ICMS tax on imports, the so-called "war of the ports.” When ruling on Extraordinary Appeal with Interlocutory Appeal No. 665134 (ARE 665134), on April 27, the STF unanimously established the following theory of General Repercussion (topic 520):

"The taxing authority for the ICMS tax obligation levied on imported goods is the member state in which the legal recipient of the transaction that gave rise to the circulation of the goods is domiciled or established, with the transfer of domain."

The theory justifies the declaration of partial unconstitutionality, without a reduction in the text, of article 11, I, "d" of Federal Supplementary Law No. 87/96 (Kandir Law), which defined the establishment of the "physical entry" of imported goods or merchandise as the place of the operation or delivery, for the purposes of ICMS taxation due on importation (ICMS-Import).

The theory is important in determining the taxing authority of the ICMS, especially in the context of the “war of the ports." To optimize the tax and financial aspects of import operations, Brazilian companies sought to perform the customs clearance of goods and merchandise through trading companies located in states of the federation with more favored taxation, which would then be the taxing authorities of the ICMS-Import tax.

The war of the ports affected the sector when the tax authorities of other states of the federation, such as São Paulo and Minas Gerais, issued thousands of fines against these companies, based on the aforementioned provision of the Kandir Law. With the STF's position on this topic, the location of the "physical entry" of goods becomes irrelevant in determining the taxing authority for the ICMS-Import tax.

In the vote of the reporting judge, Edson Facchin, it is possible to perceive three topics of majority reasoning in the composition of Topic 520.

First, the STF held that the definition of the taxing authority of the ICMS-Import tax obligation is based on the final recipient of the goods, which is not interdependent on the place of customs clearance:

"Therefore, customs clearance is the temporal aspect of the event of levy, being, it bears repeating, a criterion unrelated to the definition of the personal aspect of the tax obligation."

In agreement with this observation, the Justice highlighted the concept of a "final recipient" for that context "(...) that gives cause for the occurrence of the circulation of goods, characterized by transfer of domain." And, thus, as for "circulation of goods", Edson Facchin emphasizes that, provided that there is actually an international legal business, for the purposes of defining the establishment responsible for the tax, this expression includes the physical entry and symbolic entry of imported goods. In symbolic entries, this determination is based on the understanding that there is legality emanating from a documental or symbolic operation in feigned circulation of goods, provided that there is an actual legal business.

To demonstrate the proposed understanding applied to the three most common scenarios of importation of goods in the Brazilian legal system, the Justice explicitly outlines three interpretative guidelines, according to his own words, expounding them in topics:

Establishment of the theory, according to Justice Edson Fachin, provided legal security to import operations, supporting and clarifying the STF's understanding, as well as stabilizing social expectations on legal relationships of a tax nature.

Assessing the specific case, we believe social expectations remain unstable. To explain better, in the case put under analysis in ARE 665134, clearance of the goods occurred in the state of São Paulo, followed by the sending of the materials in transfer to the state of Minas Gerais for the industrialization process. Later, the goods returned to São Paulo for marketing and sale.

In promoting the debate, the taxpayer argued for the levy of the tax in São Paulo, alleging, among other issues, that the establishment located in Minas Gerais had the objective of enabling the industrialization of raw materials to order in a brokerage stage only. Thus, since the final recipient of the imported goods is located in São Paulo, the ICMS tax should be pay to the São Paulo tax authorities.

The STF held that the taxing authority of the ICMS-Import tax was the state of Minas Gerais, despite the fact that, in the headnotes and in so many other passages of the opinion, it argued that "the economic recipient should not be confused with the legal recipient. Due to this contradiction, among other aspects of the decision, the taxpayer, on May 25, 2020, filed a motion for clarification, which is pending review.