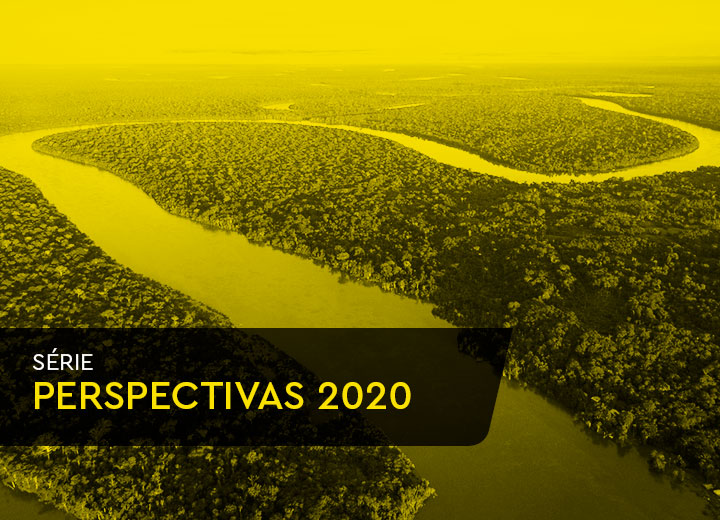 A challenging 2020: Topics that marked environmental law in 2019 should also be highlighted this year

The year 2019 was marked by great uncertainties and numerous challenges for Brazilian environmental law. Changes and legislative developments and events throughout the year have generated various demands, actions, and business opportunities in relation to various topics, such as mining and dams, climate change, fires and deforestation, solid waste, environmental licensing, and economic development with sustainability.

Some changes in competencies and responsibilities were made early in the year with the publication of Executive Order No. 870 (converted into Federal Law No. 13,844/19) and Federal Decree No. 9,660/19, which transferred the Brazilian Forestry Service (SFB) to the Ministry of Agriculture, Livestock, and Supply (Mapa). Mapa also received some new competencies previously belonging to the National Indian Foundation (FUNAI) and the National Institute of Colonization and Agrarian Reform (INCRA), including the identification, delimitation, and demarcation of indigenous lands and quilombolas. Federal Decree No. 9,806/19 was also published, which altered the composition and functioning of the National Environmental Council (Conama), reducing the vacancies dedicated to the participation of civic society.

In January, attention turned to Minas Gerais, where a new mining dam rupture was registered, this time at the Córrego do Feijão mine. As expected, various rules on dam safety and disaster prevention were enacted after the accident in order to tighten existing rules at the federal and state levels. For example, one may emphasize State Law No. 23,291/19, which established the State Dams Safety Policy in Minas Gerais (PESB-MG), in addition to Semad/Feam Joint Resolution No. 2,784/19, which provided for the decommissioning of all dams containing tailings and waste raised by the upstream method[1] arising from mining activities in Minas Gerais. At the federal level, in turn, Resolution No. 13/19 of the National Mining Agency (ANM) was approved, establishing additional regulatory measures to ensure the stability of mining dams.

The year was also marked by a significant increase in the number of burns and deforestation in the Amazon,[2] which raised international interest and influence on the Brazilian environmental scenario. In response to growing pressure, the government promulgated Federal Law No. 13,887/19, which amended provisions of the Forest Code regarding registration in the Rural Environmental Registry (CAR) and the Environmental Regularization Program (PRA). The new rule established mandatory registration in the CAR for an indefinite period, given the requirement of this registration for subsequent adherence to the PRA. The CAR is a electronic public registry, created by the Forest Code (Federal Law No. 12,651/12), with the objective of assisting in the control of deforestation and facilitating the monitoring of rural properties, through a national system that removes the need for on-site inspection.

In general, climate change has become a focus of attention again for the government and the public. After years asleep since the decision not to renew the Kyoto Protocol in 2012, the issue has regained strength in international forums such as the Conference of the Parties (COP) to the United Nations Framework Convention on Climate Change (COP-25), with the consequent reopening of discussions on the carbon market.

In Brazil, in terms of innovation in market instruments for the environment, the Ministry of Mines and Energy (MME) published Ordinance No. 419/19, which regulated the form of issuance, bookkeeping, trading, and expiration of decarbonization credits (CBios), as established by article 17 of Federal Law No. 13,576/17 (RenovaBio Law). The standard reinforces the potential of expanding Brazil’s agricultural capacity, without the need to harm the environment, stimulating the issuance and trading of CBios related to the production of biofuels (e.g. ethanol, biodiesel, biogas, biomethane, and biokerosene).

The year 2019 also saw extremely important legislative advances on the subject of solid waste. In order to provide more transparency to the activities of monitoring these wastes, the Ministry of Environment (MMA) implemented the National System of Information on Solid Waste Management (Sinir) through MMA Ordinance No. 412/19. Also noteworthy is the publication of the Interministerial Ordinance No. 274/19, implemented in a partnership among the MMA, the Ministry of Regional Development, and the Ministry of Mines and Energy. In order to regulate the energy recovery from solid urban waste (MSW), the standard makes it mandatory to draw up contingency and emergency plans and a decommissioning plan for energy recovery plants.

Still on the subject of waste, the MMA and various entities representing the industry finally signed in October the Sector Agreement on Reverse Logistics of Electronics, which provides specific goals for players in the industry, such as reinsertion of materials into the production line, creation of points for consumer awareness actions, and increase in the number of collection points for these products. Compliance with the agreement is expected to reduce inappropriate product disposal and associated environmental impacts.

During the year there were also significant changes in the federal administrative process for investigating environmental violations. For example, Federal Decree No. 9,760/19 amended provisions of Federal Decree No. 6,514/08, which deals with environmental infractions and sanctions and establishes the federal administrative procedure to investigate them. The major changes were the creation of the Environmental Conciliation Center (NCA) and the modification of the Environmental Fines Conversion Program.

In the business sphere, the Economic Freedom Law (Federal Law No. 13,874/19), aimed at accelerating Brazil's growth, also had repercussions on environmental law, with the adoption of measures to reduce bureaucracy in the environmental licensing system. They speed up and assign good faith and legitimacy to the information provided by developers and technical managers.

The current government has already expressed its intention to implement new measures to further speed up environmental licensing, foster the productive sector, and reduce conflicts between the environmental authorities and the private sector or other areas of the Executive. In 2020, therefore, new rules are expected to be defined to make general environmental licensing more flexible, linked to a bill on the subject that has been before the Federal Chamber of Deputies for 15 years and may be voted on at any time. The objective is to provide greater legal certainty to environmental licensing processes, defining the aspects to be assessed and the deadlines for response by the competent bodies, encouraging voluntary practices and initiatives aimed at good environmental management and limiting excessive discretion on the part of public agents.

The discussions on the environmental agenda should therefore gain more strength in the national scenario in 2020. The storms, floods, and fires recorded at the beginning of this year demonstrate the clear need to address environmental issues seeking to improve and strengthen the existing legal framework, which is awaiting a vote. Environment Minister Ricardo Salles has already recognized the need to strengthen the urban environmental agenda, focusing on sanitation and waste management. This agenda will also gain relevance with Brazil's attempt to join the Organization for Economic Cooperation and Development (OECD). And with the inclusion of environmental issues on the federal government's agenda since the beginning of the year, it is certain that 2020 will also be a year with plenty of business, opportunities, and challenges for all who work in environmental law.

[1] Semad/Feam Joint Resolution No. 2,784/19, article 2, item IV: "upstream method: dam construction methodology in which the construction material is placed upstream from the axis of the initial dam.”

[2] According to Greenpeace: "From January to August 20, the number of fires in the region was 145% higher than in the same period in 2018" (https://www.greenpeace.org/brasil/blog/amazonia-sob-ataque-queimadas-tem-aumento-de-145-em-2019/?gclid=EAIaIQobChMInu-mgNHR5wIVk4KRCh0jaQ3qEAAYAiAAEgIoT_D_BwE) Also, according to the National Institute of Space Research (INPE), satellites registered almost 90,000 fire outbreaks in the Amazon region, 30% more than in 2018. (https://noticias.uol.com.br/meio-ambiente/ultimas-noticias/redacao/2020/01/08/amazonia-fecha-2019-com-89-mil-focos-de-queimadas-30-a-mais-que-2018.htm)