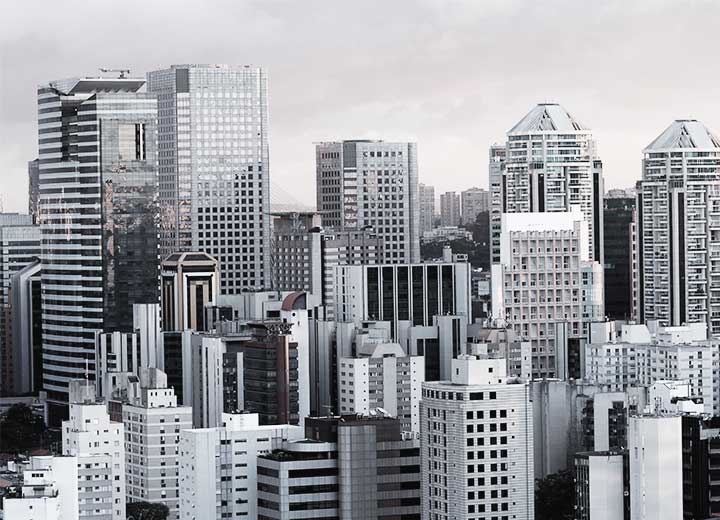 The Special Body of the São Paulo State Court of Appeals (TJSP) amended a preliminary injunction that had suspended the effects of article 162 of Municipal Law No. 16,402/14 (São Paulo’s Land Subdividing, Use, and Occupancy Law) and restrained almost two thousand cases of licensing for construction projects, activities, and buildings filed under the previous legislation, which caused serious and irreparable harm to the city’s economy and to the industry’s legal certainty. With the decision by the Special Body, the more than 1,900 cases found in this situation (according to the city government, and disregarding those currently being examined by the regional city governments and departments) can resume their normal progress immediately.

Although preliminary, the decision represents a relief for the real estate market, which was experiencing a situation of uncertainty and legal insecurity since February of this year, after a preliminary injunction was granted in a Direct Action of Unconstitutionality (ADIn) brought by the Public Prosecutor of the State of São Paulo by its Attorney General, so as to declare the incompatibility of the so-called "right of filing" with São Paulo´s State Constitution. Set forth in article 162 of Municipal Law No. 16,402/16, the right of filing guarantees that construction license applications will be subject to the legislation in force on the date of their filing with the Municipality of São Paulo, even if supervening laws modify the rules applicable to the land. The contested legal provision aimed precisely at avoiding the frequent conflicts involving the effectiveness of a new law and the validity of the legal relations previous established. It is therefore an example of a rule of transition, with the primary purpose of providing legal certainty and stability for the relations between private individuals and the Public Power.


Grounds for the petition

For the Public Prosecutor's Office, article 162 conflicts with the fundamental right to an ecologically balanced environment, provided for in the Federal Constitution (article 225, paragraph 1, item III), and with the principle of the prohibition of social and environmental retrogression established in the State Constitution (articles 111, 144, 180, items III, IV, and V, 191, 192, and 196). Therefore, the maintenance of the right of filing in Special Environmental Protection Areas would cause individual and private interests to prevail over environmental protection.

In spite of this reasoning, in the order granting the preliminary injunction, Judge Evaristo dos Santos did not make reference to the comprehensiveness of such measure, whether it applies only to lands included in Zepam (Special Environmental Protection Zone), with respect to which the Public Prosecutor’s Office alleges current zoning law should prevail, or whether it is indiscriminately applicable to the more than 1,900 administrative licensing cases filed with São Paulo´s City Government by the date of publication of Municipal Law No. 16,402/16 that have not yet been decided. As a direct result of this decision, the São Paulo City Government had paused all of these proceedings precisely because of the uncertainties arising from the concession of the preliminary injunction.

The petition also appears to have the pretext of curbing allegedly abusive conduct by certain players in the real estate market regarding the right of filing. The Public Prosecutor's Office made indiscriminate use of a legal instrument effective against all, namely the Direct Action of Unconstitutionality, which, in the event it is granted the relief sought, will cause harm even to those who exercised the right of filing in good faith under the purview of a legitimate expectation, and those who acquired the right to have their projects reviewed according to the law in force at the time of the filing (under a presumption of constitutionality), which had never before been challenged .

If existing legislation and case law on the subject were not enough, which restrict the cases in which the right of filing is applicable precisely to prevent its abusive use, the fight against alleged abusive conduct must be done on a case-by-case basis, taking into account individual circumstances, since, otherwise, all those who have legitimately exercised the right of filing will be penalized without differentiation. There is no past unconstitutionality of filings submitted in a lawful manner and pursuant to the legislation then in force. To admit what the Public Prosecutor's Office alleges in this action is to ignore an accrued right and to disregard legal certainty, which cannot be admitted under the rule of law.


The effects of the decision

The written opinion of the winning vote was brief and objective, ruling out from the present case the necessary, essential, and cumulative requirements that legitimize the granting of an injunction, since it found that periculum in mora [danger in delay] was absent since the zoning law had been promulgated in March of 2016, which, therefore, had been more than one year and one day prior.

Although the decision was reviewed in a summary and non-exhaustive manner, the Special Body did, to some extent, anticipate a discussion of the merits, which may be indicative of its position in this regard. In this sense, the prevailing opinion that granted relief to the appeal highlighted that, at the moment, it could not be assumed that filings submitted before Municipal Law No. 16,402/16 was enacted, carried out in accordance with the now repealed municipal legislation, contained an error of unconstitutionality. For that reason, it was understood that the restriction imposed as a result of the suspension of the right of filing was disproportionate, to the detriment of legal certainty and the protection of the legitimate expectations of the parties affected.

Even if this preliminary indication is not confirmed in a final decision on the merits and the TJSP, contrary to what was indicated by the Special Body, decides to rule article 162 unconstitutional, any decision that accepts the Public Prosecutor’s prayers for relief in the scope of the Direct Suit of Unconstitutionality will have to properly modulate the effects of the suspension of the right of filing as a result of the revocation of article 162. It will be necessary to consider its temporal aspects (ex tunc effects, that is, before the decision, or ex nunc, as of the decision) and the comprehensiveness of its scope with regard to the merits, as to its location (whether it will only cover projects located in environmental protection zones) and as to its different stages of the administrative licensing processes (only processes in their initial stage, without any decision issued, or also those that already have an approval certificate issued or even those that already have an occupancy permit and are in an advanced stage of construction, for example), for reasons of legal certainty and exceptional social interest.

Currently, the São Paulo Municipal Government has resumed its review of processes filed before the publication of Municipal Law No. 16,402/16, thus respecting the right of filing and applying the legislation in force at the time of the filing. However, it is expected that the reporting judge will continue the normal course of the suit and that the Public Prosecutor’s Office will file an appeal. Based on current indications, even due to an express demonstration by the Special Body itself in the decision that accepted the appeal, as well as dealing with an essentially legal matter, a final outcome for the Direct Suit of Unconstitutionality should not take long to come about, at least from the TJSP. It is worth remembering, however, that appeals to the higher courts may also be filed.