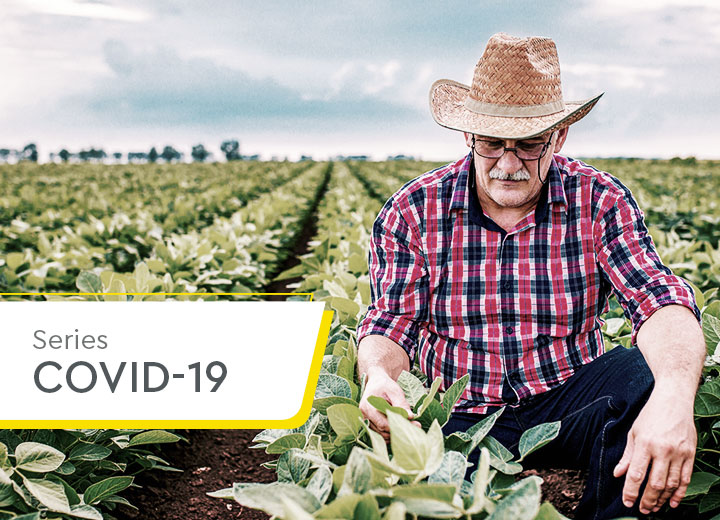 Judicial reorganization of the rural producers

As the “silo of the world", Brazil has in agribusiness a segment of unquestionable relevance for the economy. The sector shows its productive strength in the GDP result for the first quarter of 2020 as the only one to show growth in the period, albeit timid growth. With the global economic crisis that is looming as a result of the covid-19 pandemic, however, it is reasonable to imagine that this great pivot of the Brazilian economy may experience difficulties, which is why it is important that the judiciary and the legislature be patient with regard to how to approach this situation, always bearing in mind the legal certainty necessary.

Accordingly, it is important to discuss the issues surrounding the matter, including in light of Bill No. 1,397/20, drafted to alter for the moment some of the requirements of the cases provided for in the Bankruptcy and Reorganization Law (Law No. 11,101/05 - LFR), with the objective of facilitating its use and creating some new means to mitigate the abrupt drop in revenues of companies as a whole, legal stoppages, and preventive negotiation.

The LFR aims to rescue only businessmen and business companies, concepts that do not include, a priori, rural producers without prior registration with the commercial board. Those entitled to apply for judicial reorganization must prove the regular exercise of activities for more than two years, a matter that is quite controversial with regard to rural producers and whose case law diverges among the state courts.

The São Paulo State Court of Appeals has a settled understanding to the effect that registration of rural producers is declaratory in nature. As a result, the period of activity prior to registration must be taken into account in order to fulfill the requirement for at least two years of activity set forth in the head paragraph of article 48 of the LFR, considering that even debt claims taken on prior to registration are subject to judicial reorganization.[1]

In a diametrically opposite sense, the case law of the courts of the states of Mato Grosso and Goiás hold that registration has a nature of creation of rights. Thus, debt claims prior to registration are not covered in any judicial reorganization.[2]

The divergence has not yet been resolved by the Superior Court of Appeals (STJ). Although upon ruling on the issue in an appeal from the judicial reorganization of the J.Pupin Group, the STJ authored livre=@cod=%270664%27">case law report No. 0664, of February 28, 2020, in order to, supporting restatement of law No. 202 of the Third Civil Law Working Group,[3] express the understanding that: (i) registration is declaratory in nature; (ii) calculation of the two-year period of article 48 of the LFR includes those years prior to registration; and (iii) the debt claims taken on prior to registration must be covered by the judicial reorganization, since the exercise of the activity already occurred in the past.

The report in question has no binding effect and, since then, there have been no new judgments to the same effect, which has maintained the scenario of uncertainty.

On June 9, the Fourth Panel of the STJ brought for judgment three new appeals dealing with the possibility, or lack thereof, for rural producers to avail themselves of judicial reorganization, without having been registered with the commercial board more than two years prior.[4]

On that occasion, there was no discussion regarding the merits of the controversy; only Justice Luiz Felipe Salomão's preventive jurisdiction was defined to examine the appeals. However, in discussions during the session, the Justices of the Fourth Panel considered the need to allocate the topic to the procedure for repetitive appeals in order to prevent divergent judgements between the Third and the Fourth Panel. Justice Luiz Felipe Salomão, when acknowledging his preventive jurisdiction, stressed that he will evaluate this possibility, but that the absence of case law by the STJ on the matter may be an impediment in that regard.

In our opinion, the arguments defending the position that registration is constitutive are good. This interpretation is reinforced by the principle of good faith, since such fact is taken into consideration in the review of the risk of the loan to the rural producer and there can be no change in the subjection, or lack thereof, of the debt claim to judicial reorganization by unilateral and subsequent act of the rural producer itself.

Another point to be discussed concerns Bill 1,397/20, which, by creating the stay and the preventive negotiation mechanism, expressly extended the possibility of using such instruments to rural producers and self-employed professionals who regularly perform their activities,[5] which was not done in connection with the in-court reorganization, out-of-court reorganization, and bankruptcy proceedings provided for in the LFR.

However, by relaxing the requirements of article 48 of the LFR during the pandemic period,[6] the Bill moves away from the two-year rule of prior and regular activities prior to filing for in-court reorganization. Indirectly, this ends up allowing rural producers to make use of this judicial procedure and leads to resumption of the judicial debate without a resolution that waits in the Judiciary. Not so clearly, the Bill ends up destabilizing the recent attempt of the STJ to create more legal certainty on the subject, something essential to the development of a healthy economic environment.

This issue, which apparently was not taken into account by the legislator when proposing a change of this caliber to the LFR, may also lead to serious repercussions for rural producers, who would be classified within the concept of economic agent and exempted from the requirements of article 48 of the LFR.

In a scenario of great risk aversion in the economy, creating even more instability is something that should be avoided, as it can make an entire production chain unviable, aggravating the already troubled economic scenario. It must be said that the current situation has already led to a number of difficulties in accessing credit.

Specifically in the case of rural producers, the valuation of the dollar to a record level raises the cost of imported resources and ultimately the cost of production. The demand for affordable credit tends to grow. It follows that the feasibility of taking out financing depends intrinsically on legal certainty. For this reason, we believe that the Bill should be rethought, at least with regard to the points dealt with in this article.

[5] It should be noted that Amendment No. 8, presented in the Senate by Senator Roberto Rocha, restricts the application of the legal moratorium and preventive suspension to microenterprises (ME), small businesses (EPP), and individual microentrepreneurs (MEI), which may prevent rural producers who do not fit within the ME, EPP, and MEI classification from taking advantage of these institutes.