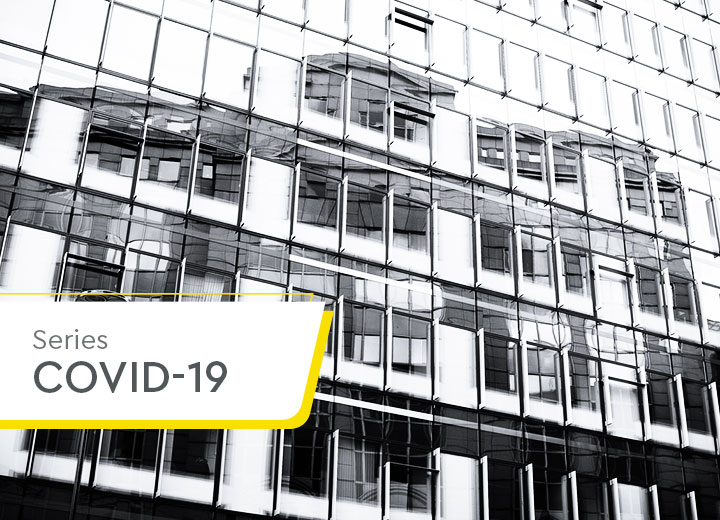 Judicial reorganizations in times of covid-19: impacts and perspectives

The covid-19 pandemic has severely affected the economy on a global scale. In Brazil, the expectation in this scenario is that a new cycle of judicial reorganizations and bankruptcies will break out. More than that, the cases in progress may be affected by the disturbances caused by the coronavirus.

For companies under judicial reorganization, the impacts of the pandemic make the debtor's situation even more delicate, due to the impediments caused by imports/exports, the decrease in domestic production, and the drop in consumption, in a real chain reaction.

For the first group, the problem arises essentially from the need for isolation during the quarantine period. How do you hold a General Meeting of Creditors (AGC) when health agencies and institutions around the world, including the World Health Organization (WHO) and the Brazilian Ministry of Health, recommend that people stay in their homes and avoid crowds?

In some cases, debtor companies requested an extension of the stay period and postponement of the AGC, due to the impossibility of holding it. An example is the case of the judicial reorganization of Laboratório Bioclínico Nasa, which is being processed in one of the specialized courts of the Judicial District of São Paulo/SP.[1] In that case, the judge granted the application for reorganization, with an express observation that the solution is in accordance with the measures to avoid the spread of the virus and that the situation is not a matter of the debtor's negligence.

In the judicial reorganization of the Odebrecht Group, currently the largest in Brazil,[2] Judge João de Oliveira Rodrigues Filho granted a continuation of the AGC through a digital platform, accepting the suggestion by the judicial trustee and the request by the debtors in possession. The virtual AGC is scheduled for March 31st, and the judicial trustee of the Odebrecht Group will be responsible for providing the appropriate IT solution for the meeting. It will also provide technical support to the participants, following all the necessary formalities for the holding a face-to-face AGC and guaranteeing to the creditors the right to speak and vote.

This is an innovation, which is even provided for in Bill No. 6,229/05 (called a "substitute"), presented by Deputy Hugo Leal to reform the Business Reorganization and Bankruptcy Law (Law No. 11,101/05). In fact, the substitute bill proposes, among various amendments and additions, the addition of paragraphs 4 to 7 to the current article 39 of the Business Reorganization and Bankruptcy Law, expressly providing for the possibility of holding AGCs by virtual means. This would greatly facilitate meetings of creditors and increase the quorum for meetings, avoiding travel costs, especially when we consider that sometimes various meetings are necessary until final approval of the plan is obtained.

However, as today there is no express provision of law regarding the possibility of a virtual AGC, there is still a clear preference for in-person AGCs, and the virtual modality has an exceptional nature, which can be inferred from the decision by the judge presiding over the Odebrecht Group's judicial reorganization. He himself, incidentally, for the time being, rejected the virtual AGC in the judicial reorganization of the Atvos Group, finding that the continuation of the AGC is scheduled for April 16, and the quarantine, in turn, is scheduled to end on April 7 (according to State Decree No. 64,881, of March 22, 2020). Therefore, "there is still the possibility of continuing the AGC in the traditional manner, and, at this moment, the need to impose the extraordinary virtual methodology for the work of the meeting has not been shown", as the judge stresses.

As for judicial reorganizations with plans already approved, the issue is somewhat more complex. With the abrupt slowdown of the world economy and the negative revision of economic growth prospects, compliance with obligations contained in some approved plans may be at risk, especially for the sectors most affected.

The JAC Motors Group's judicial reorganization[3] is an example of this, as the debtors in possession have claimed that they depend on importation of cars from China in order to conduct their business. According to them, the paralysis of imports from that country and the significant increase in the value of the U.S. dollar have worsened their financial situation. As a result, the JAC Motors Group, after having had its reorganization plan approved at the AGC held on September 5, 2019, requested the holding of a new AGC. The objective is to approve an addendum to the plan in order to reduce short-term payments, in particular obligations due in 2020. The holding of this new AGC was granted by the Court, but is suspended due to the covid-19 pandemic.

In other cases, the Judiciary has adopted a more protectionist, although controversial, stance regarding the business activity, granting new payment terms, releasing funds, or exonerating debtors from obligations for a certain period, regardless of creditor approval.

As an example, we cite the following cases: (i) Locadora de Caminhões Mônaco,[4] for which the 1st Civil Court of Itaquaquecetuba/SP granted its request to pay only 10% of the debt claims of the labor class scheduled for the months of April and May of 2020; (ii) Grupo Unidas,[5] for which the 2nd Civil Court of Caçador/SC granted withdrawal of funds arising from a sale of assets, previously allocated to the payment of debts with the Guarantee Fund for Time of Service (FGTS), for the payment of expenses with employees in April and May of this year; and (iii) Unigres Cerâmica,[6] which requested an injunction to guarantee the supply of gas and electricity by the respective concessionaires, regardless of the payment of the amounts in arrears, on the argument that a drop in sales has prevented the company from meeting its obligations. The in limine injunction was granted by the 3rd Civil Court of Limeira/SP, which granted the debtor in possession 45 days to pay the debts.

All these emergency and exceptional solutions are subject to questioning, running up against the limit of state interventionism and the Judiciary, especially because they involve matters for exclusive resolution by creditors or even because they concern obligations not subject to the judicial reorganization plan.

Thus, it seems to us that such extraordinary concessions should be adopted with parsimony and with clear restrictions (including time restrictions), under penalty of serious legal insecurity, which is often a factor that scares away resources and investments in Brazil, further aggravating the prospect of a recession.

In our view, it will be incumbent on legal professionals and the market to work towards an equalization, negotiating a true balance of the interests at stake in a bankruptcy proceeding, such as judicial reorganization. Furthermore, the debate on the reform of the Judicial Reorganization and Bankruptcy Law is urgently under way, with a view to adapting current legislation to current times, but always respecting the legal security necessary.