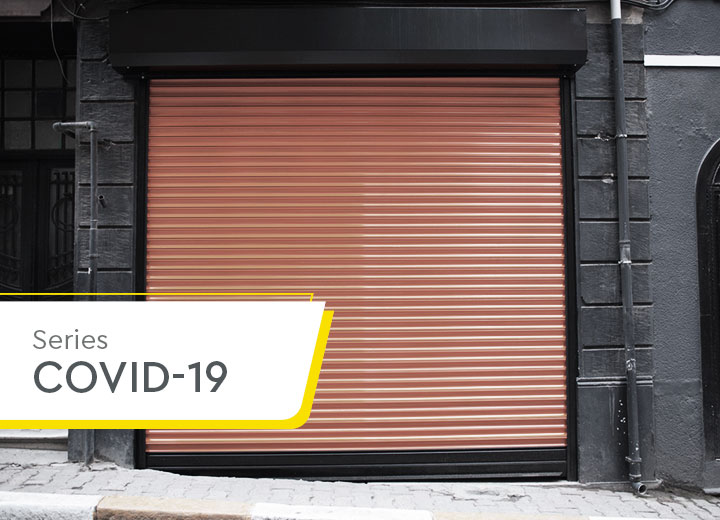 PL 1,397/2020 proposes transitional amendments to the Bankruptcy Law to deal with the effects of the covid-19 crisis

Congressman Hugo Leal submitted to the Chamber of Deputies, on April 2, Bill No. 1,397/20 (PL 1,397/20), which contemplates emergency measures, including amendments to Law No. 11,101/05 (the Bankruptcy and Corporate Reorganization Law - LFR), to deal with the effects related to the covid-19 pandemic. The proposal is to institute transitional measures until December 31, 2020, or during the period of public emergency recognized by the federal government under Legislative Decree No. 6/20, with the objective of helping companies and other economic players restructure their businesses and minimize the impacts of the crisis.

Among the innovations brought about by PL 1,397/20, the following stand out:

According to the text of PL 1,397/20, the measures provided for in items (a) and (b) above shall apply to so-called economic players, defined in the bill as individuals and legal entities that exercise or have as their corporate purpose the exercise of economic activity in their own name, regardless of their registration or the business nature of their activity. The consumer, as defined in article 2 of Law No. 8.708/90, will not be included in such definition.

During the legal suspension period, in addition to suspension of the suits indicated in item (a) above, the following acts are also prohibited: (i) judicial or extrajudicial execution of secured guarantees, unsecured guarantees, fiduciary guarantees and co-obligations; (ii) decree of bankruptcy; (iii) eviction due to lack of payment or other economic element of the contract; and (iv) unilateral termination of bilateral contracts, with any contractual provision to this effect being null, including early maturity.

This suspension period shall not apply to obligations arising from contracts entered into or renegotiated after March 20, 2020.

At the end of the legal suspension period, an economic player with a reduction of 30% or more in revenue compared to the average of the last quarter, as attested to by an accounting professional, may begin a preventive negotiation procedure only once. The application shall be assigned to the court of the debtor's principal place of business.

If the application is granted by the judge, via merely formal examination of the necessary requirements, executions against the debtor will continue to be suspended for a maximum and non-extendable period of 60 additional days, with the debtor continuing to have the same protections applicable to the legal suspension period discussed above. No response, brief, or any kind of inquiry or expert investigation regarding the application for preventive negotiation shall be entertained.

During these 60 days, the debtor will seek to renegotiate the terms and conditions of its debts, with any agreements having binding force only in relation to the creditors who agree to them. If it is in its interest, the debtor may retain the help of a negotiator who will be paid at its own expense. The negotiator may be an individual or legal entity, with well-known credibility and professional capacity.

The bill establishes that, in the event that a petition for judicial reorganization is filed thereafter, the legal suspension period shall be deducted from the 180-day stay period already provided for in the LFR.

Provisional amendments to the LFR

Among the most relevant amendments (and which will certainly incite more controversy), the proposed text suspends the effectiveness of certain requirements and prerogatives of creditors in judicial and extrajudicial reorganizations and bankruptcies, in particular the rights against third party guarantors and co-obligors during the period of validity of the provisional amendments.

During the transitional arrangement, an application for approval of an out-of-court reorganization plan may be submitted with proof that creditors representing at least one third of all the claims of each type covered by the plan have agreed to it, with a commitment to reach the quorum laid down in the LFR within an non-extendable period of 90 days from the date of the application. At this point, it seems to us that the reference made in the current version of the bill to article 163, subsection II, of the LFR is mistaken, since the quorum required for approval of an out-of-court reorganization plan is provided for in the head paragraph of article 163 of the LFR. It is also necessary to clarify whether the legislator's intent in this type of advance filing was to maintain the quorum of 3/5 or whether the real intention is also to make it more flexible for a simple majority of the creditors involved.

The bill also provides for the granting of a stay period to the debtor in extrajudicial reorganization in view of the type(s) of creditor(s) included in each reorganization. The LRF does not provide for a suspension period for this type of proceeding, but case law already allowed for it. The question remains as to what the duration of this suspension would be, especially since article 6 referred to in paragraph 2 of article 10 of PL 1,397/20 does not provide for any time limit. This leads to the belief that this paragraph would actually be referring to article 6 of the LRF, and therefore within the time limit of 180 days.

In the case of bankruptcies, the minimum limit for a decree of bankruptcy for non-payment of a debt was raised from 40 minimum wages (i.e., R$ 41.8 thousand)[1] to R$ 100 thousand.

With regard to the addition to the plan, the amount of the claims originally held by the creditors, less any amounts paid, shall be taken into account both for the calculation of the amount to be paid and for the counting of votes for approval of the amended plan.

With regard to receivables, generally the most liquid of the guarantees, the transitional arrangement that is contemplated by the bill allows for the release of 50% of the amount in favor of the debtor, against creditors that may hold security interests on them or even fiduciary ownership. The bill also provides that its original flow (lock) may be gradually re-established from the 6th month onwards and within 36 months.

For micro and small businesses, the bill establishes more beneficial rules for the debtor in the event of judicial reorganization, with a special plan providing for payment of the first installment within one year.

To be discussed by the Congress, the bill will certainly have a large impact and, in some points, despite the good intentions, may end up causing legal uncertainty. Although it is not scheduled to be voted on, it should be one of the priorities of parliamentarians.