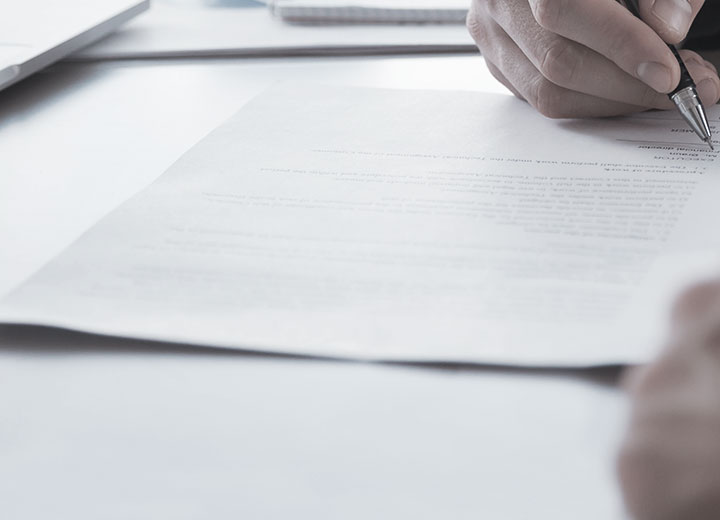 Settlement of letters of guarantee or performance bonds in tax foreclosures

There are two main forms of defense in tax foreclosures: the pre-foreclosure  exception and the motion to stay enforcement. The first is presented in the record, without the need to guarantee the tax debt under debate, that is to say, it is less costly for the taxpayer. However, its scope is limited to situations that do not require production of evidence or where the issues may be heard by the judge ex officio, pursuant to Precedent No. 393 of the Superior Court of Appeals (STJ).

Given this restriction, taxpayers/debtors have as the sole means of defense, in the vast majority of cases, the motion to stay tax enforcement. The requirement for them to be admitted is the provision of collateral under Law No. 6,830/80 (the Tax Foreclosure Law - LEF), which is more expensive for taxpayers.

With the promulgation of Law No. 13,043/14, which gave new wording to article 9, II, of the LEF so as to provide to judgment debtors the possibility of “offering a bank guarantee or performance bond,” and with the STJ's understanding that both guarantees are equated with a judicial deposit, such means have become the most common forms of guarantees in tax enforcements, precisely because they are less costly for taxpayers than full deposits of the amount in dispute.

Nevertheless, in the event that the taxpayer's appeal or motion does not have supersedeas effect, the tax authorities are increasingly requesting that the guarantee or bond be converted into a judicial deposit by issuing a official letter to the taxpayer’s financial institution or insurer to immediately deposit the amounts in dispute.

As a rule, these requests by the tax authorities are based on Precedent No. 317 of the STJ, according to which execution of an extrajudicial enforceable instrument is definitive, even if the appeal against the judgment that dismisses the motion is pending, and based on decisions by the 2nd Panel of the STJ[1] that admit the settlement of the guarantee or the bond, conditioning the withdrawal of the amount deposited on the final and unappealable judgment.

This condition results from the interpretation of paragraph 2 of article 32 of the LEF: “After the decision has become final and unappealable, the deposit, monetarily adjusted for inflation, shall be returned to the depositor or delivered to the Public Treasury, by order of the competent court.”

Only a hasty reading of this provision could lead to the conclusion that only deposits, and not other guarantees, are effective pending a final and unappealable judgment and that, therefore, a plea by the treasury to execute the bond or guarantee is legitimate when the appeal or motion to stay execution by the taxpayer has no supersedeas effect.

However, from the systematic reading of articles 9, paragraph 3, 15, I, and 32 of the LEF and an analysis of the STJ's understanding, it is concluded that  both the guarantee and the bond have a legal status equivalent to that of a cash deposit, and settlement thereof (conversion into deposit) is only legitimate after the final judgment and unappealable judgment on the dispute.

The 1st Panel of the STJ reached this same conclusion[2] when it stated that the execution of the bank guarantee offered as a guarantee of the tax execution is also conditional on the final and unappealable judgment on the definitive action, under the terms of the same paragraph 2, of article 32 of the LEF.

As with the deposit, the guarantee and bond are instruments for rapid settlement and bring security for the satisfaction of the judgment creditor's interest, since they are automatically convertible into cash at the end of the execution phase. They are also not subject to depreciation, as there is a provision to have the amount guaranteed automatically updated for inflation following the same parameters as the debt being executed.

From a legal or economic point of view, it makes no sense to give separate treatment to the types of guarantee. For the judgment creditor, in the case of the Public Treasury, there is no difference. Therefore, the position of the tax authorities, named the “Guarantee Project,”[3] is a measure that is incompatible with the applicable laws and regulations and the case law of the STJ, clearly in breach of the principles of reasonableness, proportionality, and continuity of the business activity. The sole objective of the judgment creditor in such cases is to use the amounts deposited in court to settle its commitments.

That is because the amounts deposited are transferred to the single account of the public entity, entirely at the federal level and partially at the state and municipal level,[4] being used in the budget financial activity to pay expenses.

Premature settlement of the letter of guarantee or guarantee only brings harm for taxpayers/judgment debtors, who must immediately repay amounts that may have been spent by the financial institution or make a deposit in response to contractual obligations.

The conversion of the guarantee or bond into a judicial deposit is equivalent to conversion into income of deposits for the satisfaction of the judgment debtor’s debt, a measure applicable only after the final and unappealable judgment. This is what was decided by the 2nd Panel of the STJ,[6] in view of the specificity of article 32, paragraph 2, of the LEF.

It is worth remember further that article 19, II, of the LEF only admits the summons of the financial institution to pay the judgment debt when the motion to stay execution has been definitively rejected, that is, the judgment has become final and unappealable.

To allow premature settlement of guarantees such as a letter of guarantee or bond goes against the intent of the legislature, which provided the taxpayer with less costly measures to secure the tax debt without compromising the company's cash flow and regular activity, in line with the principles of access to justice, an adversarial proceeding, and a full defense.

Justice Ayres Britto,[7] specifically addressing the issue of settlement of bank guarantees, stated that “the lack of a definitive ruling by the court cannot, however, pose a threat to taxpayers' legal certainty, especially when it entails a serious risk of potentially undue constraint on assets. It is evident that the danger of damage in this case runs against the taxpayer.”

To allow premature settlement of appropriate guarantees in an indiscriminate and unjustified manner, in the final analysis, has an impact on the financial system, as insurers and banks will offer higher-interest letters of guarantee and security, depleting these institutes and further burdening the taxpayers.

Despite the absence of prejudice for the Public Treasury and the irreversibility of conversion of guarantees into judicial deposits, the application or non-application of article 32, paragraph 2, of the LEF to guarantees and bonds generates divergence of understandings among the circuit courts and causes insecurity for taxpayers.

Because it affects many taxpayers, the issue requires a definitive ruling from the STJ on these questions, as this Court is the highest interpreter of infraconstitutional laws and regulations, in view of its function as the harmonizer of Brazilian case law. The establishment of the most correct and reasonable interpretation of article 32, paragraph 2, of the LEF is essential for application of the principles of maximum effectiveness of the execution and lowest burden for the judgment debtor.

[3] Companies are required to exchange bond for deposit in foreclosures. Valor Econômico, 2019, available at: <https://www.valor.com.br/legislacao/6376875/empresas-sao-obrigadas-trocar-seguro-por-deposito-em-execucoes>. Accessed on: August 05, 2019.