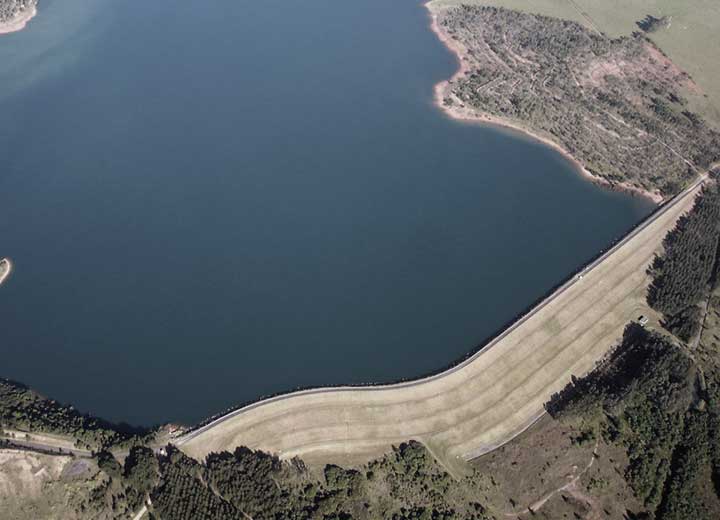 The beginning of 2019 was marked by important normative changes in safety of dams, mainly mining dams, in order to tighten federal and state regulations.

At the federal level, the main regulatory change was Resolution No. 4 of the National Mining Agency (ANM), of February 15, 2019, which established precautionary regulatory measures to ensure the stability of mining dams, notably those built or raised by the method referred to as "upstream"[1] or by a method declared as unknown.

Article 13 of the PESB-MG prohibited the granting of an environmental license for the operation or expansion of dams intended for the accumulation or final or temporary disposal of tailings or industrial or mining waste that use the upstream method. Thus, mining laws and regulations reinforced the prohibition on using the method of upstream construction or raising of mining dams provided for in ANM Resolution No. 4/2019. Article 13 of the PESB-MG was regulated by Semad/Feam Joint Resolution No. 2,784/19, which established deadlines for rendering inoperative all dams containing mining tailings that use the upstream method, regardless of whether they are already inactive or remain in operation.

ANM Resolution No. 4/2019 had already established the deadline of August 15, 2019, for the preparation of a technical plan for decommissioning or rendering inoperative dams built or upgraded by the upstream or an unknown method, which should be decommissioned or rendered inoperative by August 15, 2021.[2] The Semad/Feam Joint Resolution set longer deadlines: dams for mining tailings that use or used the upstream damming method should be rendered inoperative within a maximum of three years from the date of publication of the PESB-MG (February 26, 2019).

The resolution also establishes that developers who opt to maintain the activity can migrate to the alternative technology of accumulation or disposal of tailings, observing the same time frame of three years. Finally, the text defines the time frame of 90 days, also counted from the publication of the PESB-MG (February 26, 2019), for developers to present a schedule for the execution of the removal. It is expected that the agencies involved will clarify the apparent conflict in time frame between the resolution approved by the ANM and the rules issued in the state of Minas Gerais.

The legislative changes sought to stiffen, in general terms, the process of licensing and inspection of dams. The PESB-MG, for example, has established the three-phase licensing system and has provided the possibility of simplified procedures/unification of environmental licenses covering different phases of the development. It also determined that the licenses should be issued based on an Environmental Impact Assessment and its respective Environmental Impact Report (EIA/RIMA).

Also with regard to environmental licensing, there is an imposition provided for more rigid and specific restrictions on licenses for accidents and disasters. Thus, already in the stage of issuing the preliminary license, the developer must present a guarantee to ensure social and environmental recovery in the event of loss and deactivation of a dam, as well as prepare technical studies related to the prevention of risks linked to dam break. In the installation license phase, it is mandatory to prepare an Emergency Action Plan (PAE), which should already include a provision for the installation of an audible warning system or another more effective technological solution. Finally, the granting of an operating license will be conditioned on, among other issues, the approval of the PAE and on the proof of implementation of the environmental guarantee with the updating due.

The normative updating of dams also responded to a greater concern of residents and working populations in the Self-rescue Zone (ZAS), defined by the PESB-MG as the portion of the valley downstream from the dam where there is no time for intervention by the competent authorities in an emergency situation. This concern is highlighted by ANM Resolution No. 4/2019, which prohibited the maintenance or construction in a ZAS (regardless of the construction method adopted for the dam) of (i) any permanent or temporary installation, construction, or service, including human presence; and (ii) a barrier to store liquid effluent immediately downstream from a mining dam that may interfere with its safety. The deadline of August 15, 2019, was set for deactivation, decommissioning, and shutdown of facilities, works, and services, and August 15, 2020, for barriers. In addition, automated siren actuation systems were required in ZASs, in a safe location and provided with a fail-safe mode in case of breakage of the structure.

In the same sense, the PESB-MG forbade the granting of an environmental license for the construction, installation, expansion, or raising of a dam in cases where the rupture scenario assessments identify a community in the ZAS.

The mining laws and regulations also provided for mandatory public hearings with the participation of the local community and authorities to discuss the environmental and socioeconomic consequences of the construction and operation of dams. It determined also that the PAE should be submitted for a review by the competent agency or authority. Furthermore, the content of the PAE, especially with regard to the procedures to be adopted in emergency situations, should be disclosed in public meetings to be held in places accessible to the populations located downstream from the dam, which should be reported in advance and encourage participation in the preventive actions provided for in the plan.

Important changes were also made to the system for monitoring and independent oversight of mining dams. Firstly, ANM Resolution No. 4/2019 determined that by February 15, 2020, monitoring systems with full-time monitoring should be installed for mining dams with high Associated Potential Damage (APD) contemplated by the National Dam Safety Policy (Law No. 12,334/10 - PNSB).

In turn, PESB-MG established the frequency of technical safety audits, under the responsibility of the developer, by a technical team of independent professionals, experts in dam safety, previously accredited before the competent body or entity of the State Environmental and Water Resources System (Sisema). For dams with high potential for environmental damage, yearly frequency was established; for average potential, every two years; and low potential, every three years.

Regardless of the technical audit, the competent body or entity may alternatively or cumulatively order new audits, suspend or reduce dam activities, and deactivate the dam in the event of risks identified in the monitoring of the safety of the structures. In the case of dams using the upstream damming method, developers must conduct a semi-annual technical safety audit of the dam until its removal is carried out, in accordance with the terms of Semad/Feam Joint Resolution No. 2,784/19.

Finally, the PESB-MG provides for stricter rules for the liability of managers and legal representatives of developments, since it expressly subjects the chief executive officer, officers, directors, members of the board or technical body, auditors, consultants, agents, or representatives of legal entities to the penalties provided for in article 16 of Law No. 7,772/80, without prejudice to other administrative, civil, and criminal penalties.

All of these normative changes in mining activity, especially in Minas Gerais, create obligations for developers that require new financial contributions and redefinition of strategies. Oversight has become even more rigid, with restrictions on construction and a more rigorous and detailed environmental licensing process. In this new context, the mining sector should have specialized technical support to ensure the safety of its activities from a legal and social and environmental point of view.

[1] Joint Semad/Feam Resolution No. 2,784/19, article 2, item IV: "upstream method: constructive methodology of dams in which the construction material is placed upstream from the axis of the initial dam.

[2] Decommissioning or rendering inoperative dams consists of changing its characteristics until it no longer operates as a sediment or tailings containment structure.