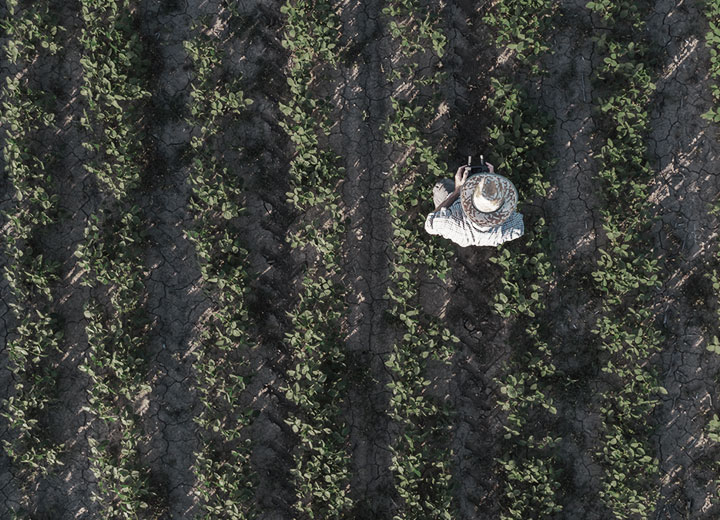 Federal Supreme Court (STF) Justice Ricardo Lewandowski granted an injunction to suspend the effectiveness of a Ministry of Agriculture, Livestock, and Supply (Mapa) ordinance that allowed the tacit release of pesticides and chemical products without prior review by environmental and health oversight authorities.[1] The decision was handed down in the judgment of the Suit for Breach of a Fundamental Precept (ADPF) 656, on March 27. Lewandowski was accompanied in his opinion by Justices Dias Toffoli, Edson Fachin, and Alexandre de Moraes. Justice Roberto Barroso asked to see the record and there is still no forecast for when the judgment will continue.

For Lewandowski, the reporting judge designated for the case, “to allow an indiscriminate release, as is intended by means of the Ordinance contested, in my opinion, would further increase the chaos that has been established in our public health system, which is already highly overloaded with the uncontrolled pandemic [referring to the covid-19 pandemic]."

The party Rede Sustentabilidade [“Sustainability Network”] had filed ADPF No. 656 on March 3 against items 64 to 68 in Table 1 of article 2 of Mapa Ordinance No. 43. Published on February 27, 2020, the ordinance establishes deadlines for, in the absence of any response by certain public agencies, tacit approval for public acts of release from liability by the Bureau of Agricultural Defense (SDA) of Mapa, based on Federal Decree No. 10,178/19, the regulator of the Economic Freedom Law (Law No. 13,874/19).

Soon after the publication of the Economic Freedom Law, we analyzed in an article on this portal the potential impacts of the new measures on environmental laws and regulations. At the time, although we concluded that environmental licenses, strictly speaking, could not be granted tacitly, due to express prohibition by article 14 of Complementary Law No. 140/2011, we argued that this understanding would not apply to environmental and regulatory authorizations in general. This is because the Economic Freedom Law established as an essential right for the development and economic growth of Brazil the establishment of a maximum term, or public agencies to review requests for the release of economic activity.

On December 18, 2019, Decree No. 10,178 was published, regulating the Economic Freedom Law and providing criteria and procedures for the risk classification of economic activities. It sets a deadline for public agencies to respond to requests by regulated parties that, if not complied with, give rise to tacit approval due to the administrative agency's inertia. The decree provides that the highest authority of the agency or entity responsible for the public act of release will set the deadline for responding to the request by the regulated party. The text provides the express proviso that tacit approval shall not apply to administrative processes for environmental licensing or to other public acts of release of activities with significant impact on the environment.

Rede also states that Decree No. 10,178/19 prevents tacit authorization when the approval by the administrative agency is tantamount to financial compromise for the Government, so as to then argue that Mapa Ordinance No. 43/20 would have a direct impact on public health spending, causing greater burdens than economic and financial benefits.

The ordinance provides for a period of 180 days for SDA/Mapa to respond regarding the registration of fertilizers, correctives, inoculants, biofertilizers, remineralizers, and substrates for plants; and 60 days regarding agrochemicals and the like. After these deadlines, the absence of a conclusive response by the SDA would entail tacit approval of the public act of release of these products. It is important to emphasize, however, that Decree No. 10,178/2019 provides that release granted in the form of tacit approval does not exempt the applicant from complying with the rules applicable to the conduct of the economic activity, nor does it remove the need to carry out the adjustments identified by the public authorities in subsequent inspections.

The process for registering new agricultural defensives, as a rule, goes through Mapa, the Ministry of Health (through Anvisa), and the Ministry of the Environment (through Ibama). In the present case, Mapa enacted the ordinance commented on here, Anvisa defined a period of four years per product to be review, and a position from Ibama is still forthcoming. Communication between the three administrative agencies is important to optimize and make more efficient the regulation of agricultural production activity.

[1] According to the Justice writing for the court, “[i]t is not possible, unless the STF decides otherwise en banc, to admit the tacit release of agrochemicals and chemicals, without an in-depth analysis of each case by the environmental and health oversight authorities. To allow an indiscriminate release, as is intended by means of the Ordinance contested, in my opinion, would further increase the chaos that has been established in our public health system, which is already highly overloaded with the uncontrolled pandemic."