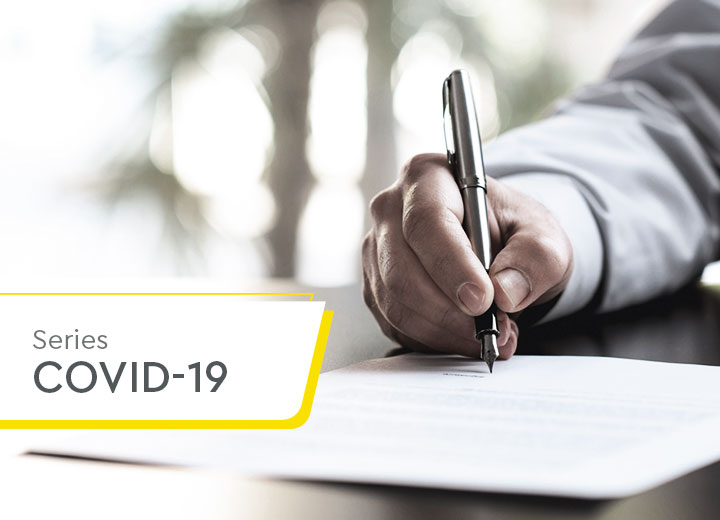 A recurring topic in times of the coronavirus has been the repercussions of the covid-19 pandemic on the most varied types of contracts: commercial, labor, financial, real estate, consumer, etc. Various authors have produced robust summaries of the legal, doctrinal, and case law treatment of the widest range of institutes involved in remedying the effects of the outbreak on the underlying contractual relationships, among which are unforeseeable circumstances and force majeure, excessive burdensomeness, undue hardship, and the theory of unpredictability.

With regard to administrative contracts, requests for economic and financial rebalancing, which are based on numerous regulations spread throughout the Constitution, ordinary legislation, and the regulations of specific infrastructure sectors, should gain particular strength. Constitutionally, for example, the "effective conditions of the proposal" are guaranteed to those who enter into contracts with the public authorities (article 37, XXI). At the legal level, the maintenance of the balance in proportion to the risks, burdens, and compensation stipulated by the parties to the administrative contract is manifested in the General Public Procurement Law (Law 8,666/93, article 65, II, "d"; paragraphs 5 and 6), in the Concessions Law (Law 8,987/95, article 9, paragraphs 2 and 4), in the Public-Private Partnerships Law (Law 11,079/04, article 4, VI, and article 5, III), among others. The institute is also subject to treatment by industry, with regulations by different agencies, such as the port sector (according to ANTAQ Resolution 3,220/14), the road sector (according to ANTT Resolution 5,850/19), or the airport sector (according to ANAC Resolution 528/19).

As a rule, the economic and financial balance of administrative contracts may be restored by application of various methodologies, one of the most common being that of construction of a marginal cash flow (which runs parallel to the financial equation structuring the contract and intended to neutralize the effects of supervening and specific events) via the use of several instruments, such as (i) increase or reduction of the financial values of the contract (such as the rate charged for the availability of the service); (ii) modification of contractual obligations (such as projected investments); (iii) extension or reduction of the term of the contract; or (iv) payment of compensation for amounts exceeding the original calculation of the instrument.

It is against this backdrop of regulatory means aimed at achieving a predetermined end (restoration of the economic and financial balance of the contract), that the current pandemic, considering the administrative measures proposed to contain it, the effects of social isolation, and the economic crisis that will follow, seems to impose new challenges on the infrastructure sector.

This is because the coronavirus outbreak, it seems, on the one hand, differs from all the pandemics faced in the recent past and, on the other, could lead to a global economic crisis with unique characteristics, possibly distinct from the last great shock faced by capitalism in 2008.

Initially, this epidemic differs from other health crises that have struck the world in the recent past for a number of reasons: (i) it is a new virus, about which there is very little information and, therefore, a lot of uncertainty; (ii) its capacity for spreading is exponential, with a lethality rate (not yet completely mapped) that is significant; and (iii) for which there are still no concrete prospects for the emergence of a vaccine or drug with sufficient effectiveness and scale.

The sum of these factors paints a disturbing picture for Brazilian policies. It cannot be overlooked that such a formula could result in much more than public health crises. One of the fields most affected by the outbreak will be the economic ecosystem, whose fate is viscerally linked to the resolution of the humanitarian tragedy. In terms of public services, it seems certain that processes of economic and financial rebalancing will proliferate in the coming months and years, seeking to restore the conditions necessary for providers to sustainably maintain their activities without impacts on the population that needs them.

In a scenario such as the one described, what will be the feasibility of restoring the balance by increasing the rates charged for the public service provided, which will affect a poor population with runaway unemployment and explosive informality? The risk of demand for this new cash flow will have reached levels that are potentially unprecedented in Brazil.

The same goes for the possibility of extending contract terms. The combination of aggregate demand weakened by the recession and supply compromised by the pandemic suggests that resumption of the economic cycle may take place in a less steep curve than has been seen in previous recoveries. There is no guarantee, therefore, that operation of the activity for an additional period of time, given the time restrictions on the extensions contained in the instruments themselves and in the call for bids that gave rise to them, will be able to balance contractual relations and maintain the hygiene of the services provided.

What, then, about the alternative of compensation for restoring the balance? Global efforts to remedy the effects of the covid-19 outbreak, involving the application of trillions of dollars to expand social safety nets, implementation of basic income plans, rescue of industries especially affected, and promotion of investments (combined, in Brazil, with a public budget already under stress), make it unlikely that the Brazilian State will be able to cope with all the requests that will be directed to it.

There is still the possibility of abolishing compulsory investments or rescheduling the investments planned, which we have already addressed in another article. If, on the one hand, the crisis may make certain investments economically irrecoverable, or even useless for the maintenance of contractually defined service levels, on the other hand, the cancellation of investments, from a macroeconomic perspective, will have an impact on the resumption of aggregate demand, thus backfeeding the effects of the crisis.

Finally, there is room for a reduction in the grant amounts still due. The measure has a limited impact, since most contracts stipulate as a condition for their execution fixed concessions paid in the first years of the concession or even before it is entered into. In turn, variable grants, invariably linked to the concessionaire's revenues, usually represent insufficient percentages to allow effective aid to cash flows severely compromised by the sharp drop in demand. All help is welcome, but along with the impacts on revenue, especially when the Government already counted on these funds in some way, it does not seem that an allowance or exemption from payment of the grant will bring effective conditions for continuity of the provision of essential services.

In the face of all this, the deep gravity and emergence of the scenario envisioned, with a myriad of actors simultaneously making demands on the public power for their survival, it will be imperative that the Brazilian State competently exercise its role as planner, adopting a clear strategy of intervention and incentives for the Brazilian economy, coordinating the corresponding instruments and prudently employing scarce public resources, so that the eventual impacts for the providers of essential public services (as long as not properly addressed in the risk matrix of the respective contracts) are mitigated and the population can continue to benefit from them ,even after the end of the quarantine, for many years.